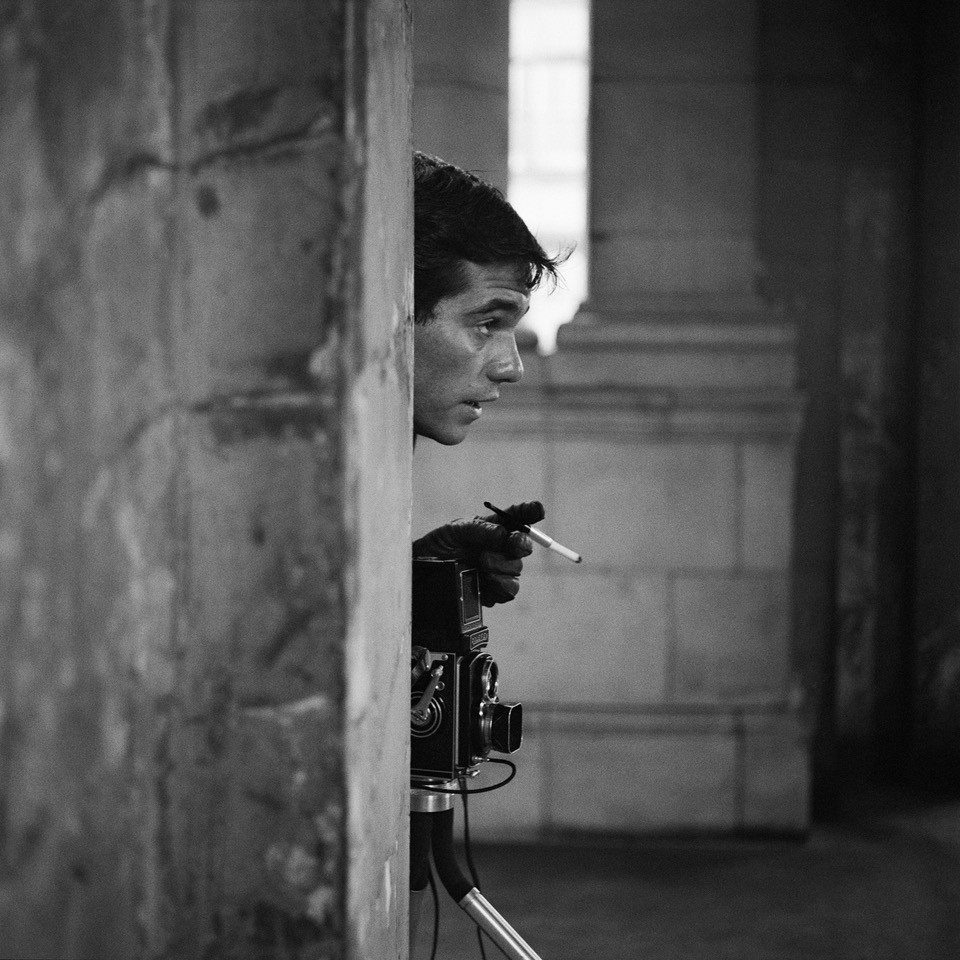 The name and reputation of Milton H. Greene as a significant art photographer of the 20th century is widely known throughout the world.  Milton was someone who was in the limelight and whose work generated interest and fame in the midst of many worlds that were connected through the lens of his camera.

Milton’s photography traced the passage of an era through the world of Hollywood and fashion.  The pages of Look, Life, Town and Country, Harper’s Bazaar, and Vogue, were filled with his classic fashion photographs and unforgettable portraits of our beloved artists, musicians, film, television, and theatrical celebrities which have become legendary.

Born in New York in 1922, Milton Greene began taking pictures at the early age of 14. Although he was the recipient of a scholarship to the renowned Pratt Institute, a heightened awareness of the photographic image diverted his attention to the camera and its versatility. He soon apprenticed himself to the famous photojournalist and wizard of composition, Elliot Elisofen.

Before long, his keen regard for fashion and the camera found him assisting Louise Dahl-Wolfe, the distinguished fashion photographer known for her unique covers and fashion pages for Harper´s Bazaar. At the age of twenty-three, Milton was referred to as "Color Photography´s Wonder Boy". Milton became one of the preeminent photographers in the world and is credited along with other eminent photographers such as Richard Avedon, Cecil Beaton, Irving Penn, and Norman Parkinson, for bringing fashion photography into the realm of fine art.

Although Greene was initially renowned for his high-fashion photography, it is his remarkable portraits of our most beloved artists, musicians, film, and television and theatrical celebrities, which have become legendary. It was Milton´s ability as a director that enabled him to capture the qualities that best personified the real person, making each of his pictures an eloquent, unique statement as he converted his remarkable vision into compelling photographic art. Milton believed that as an artist/photographer he wanted to capture people´s beauty, which was in the heart and to show people in an elegant and natural way. His gifts were in creating rapport in which to allow yourself to be seen, as well as his flawless timing.

Milton first encountered Marilyn Monroe on assignment for Look Magazine. They quickly became close friends and ultimately formed their own film production company which produced Bus Stop and The Prince and the Showgirl. Before marrying Arthur Miller, Monroe lived with Milton and his family in their Connecticut farmhouse. It was during this period that Greene was able to capture some of the most beautiful photographs ever taken of Marilyn Monroe, recording her moods, beauty, talent and spirits. During their ten years together, Greene photographed Monroe in countless photographic sessions including the famous "Black" sitting.

The story of Milton’s life, of his interests, of his passions and the stories of the people that he photographed, represent a significant era in American history.  The icons of that time stand out easily, Marilyn Monroe, the various stars of Hollywood at its apex.  More subtly we see the tracing of a transition between post-war America into the turbulent and revolutionary 60’s and 70’s – so beautifully illustrated in the fashion photography whose designs symbolized a revolution in vision.  We also see a movement of the “eye” of America a dramatic shift from a kind of innocence that Milton truly embodied to a deep questioning, a kind of “loss of innocence”…

Milton’s work is very much about beauty becoming aware of itself.  His models and subjects became real people—away from their isolation as the “mannequin,” the distant object, Milton brings the object of the photographed icon into flesh and blood.  He seems less interested in posing them as much as finding them.

Milton’s reputation keeps company with the careers of other famous photographers of his day—close friends and peers such as Avedon.  Irving Penn, Gordon Parks.  Theirs was the continuation of a legacy and the ongoing work of Horst, Honigyen Hunet, Cecil Beaton, and Martin Munckasi.

His photography won him many national and international honors, medals and awards. In recent years, Milton Greene´s photographs and prints have been exhibited in major museums and galleries throughout the world, as well as represented in many private collections. Milton H. Greene´s work will continue to be regarded as representative of an era in time, which may be gone, but will always be reflected in pictures.